Showing posts with the label Octavia Spencer
Show all 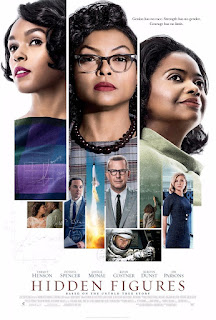 ROG'S VIEWPOINT - Desperate to beat Russia at putting a man in space, NASA enlisted the help of a group of African-American female mathematicians. Katherine G. Johnson (Taraji P. Henson), Dorothy Vaughan (Octavia Spencer) and Mary Jackson (Janelle Monáe) lead this group of women who became the brains behind the operation to put John Glenn (Glen Powell) into orbit and bring him safely back to Earth. Based on a little known true story, this inspiring and heartfelt film entertains while it reveals a piece of  U.S. history that has been all but buried for way too long. Director/co-writer Theodore Melfi has assembled a terrific cast to bring
Read more
More posts