Showing posts with the label Bill Skarsgård
Show all 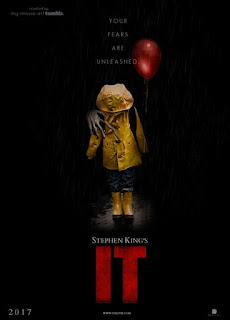 A supernatural force that preys on children descends on the small town of Derry every 27 years. When his little brother disappears, young Bill Denbrough (Jaeden Lieberher) and his friends in the Losers' Club go searching for his lost sibling during their 1989 summer vacation. Standing in the way are the school bullies and a sinister clown named Pennywise (Bill Skarsgård). Horror and a dash of humor keep this Goonies-style chiller afloat. Make no mistake, this violent adventure is
Read more
More posts