Showing posts with the label #johnwick3
Show all 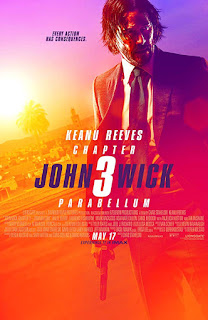 After having killed an Italian crime lord inside The Continental Hotel, super-assassin John Wick (Keanu Reeves) is on the run. The High Table, an international assassin's guild whose members find sanctuary at the hotel, has placed a $14 million contract on Wick. Having lost all hotel privileges, John is excommunicado and must defend himself from the world's most ruthless professional killers while trying to get the bounty on his life removed. Buckets of bloody gore and an endless stream of kick-butt battles
Read more
More posts